Why has the school put these new rules into place? 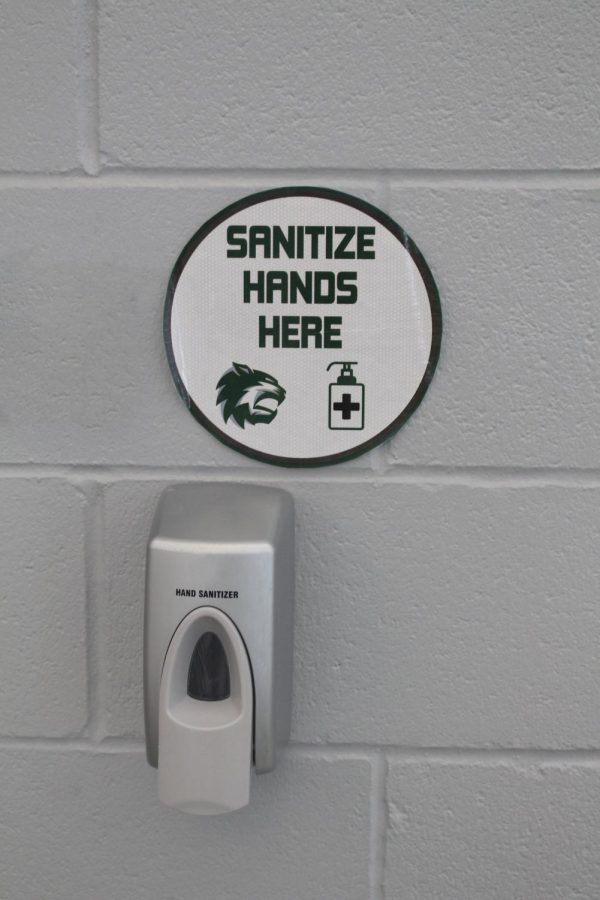 As the second semester of the 2021-22 school year begins, students are finding there are new rules and stronger enforcement of regulations at De Soto High School.

Along with new rules and regulations, the new Omicron variant is rapidly spreading throughout the school, causing staff and students to return to masking until the percentage of new cases goes down below four percent.

The administration is also cracking down on people who are wearing their masks incorrectly.

If students are seen walking around the halls with their mask below their nose, they can receive detentions. However, an exception is made for students with mask exemptions provided by their doctor.

While some rules aren’t necessarily new, administration and staff are now trying to enforce them better. Cell phones have become one of the biggest problems in the school according to administration.

Cell phones are only allowed during passing periods, lunch, and before and after school, with the exception of the rare instance that a teacher might ask students to take a picture for an assignment.

Not only are rules for phones being enforced, but so is the regulation of student travel in the halls during classes or seminar. Students now are required to have a pass from their teacher to use the restroom; however, this is not enforced as heavily.

New restrictions were also added to the lunchroom. These new rules include not cutting in line, not wandering around after students are done eating, and sitting six feet away from one another.

Most rules that have been added/enforced this second semester are about common sense. Though these rules are pretty simple, students are still struggling to follow them.

The Green Pride intends for this area to be used to foster healthy, thought-provoking discussion. Comments are expected to adhere to our standards and to be respectful and constructive. As such, we do not permit the use of profanity, foul language, personal attacks, or the use of language that might be interpreted as libelous. Comments are reviewed and must be approved by a moderator to ensure that they meet these standards. The Green Pride does not allow anonymous comments, and The Green Pride requires a valid email address. The email address will not be displayed but will be used to confirm your comments.
All The Green Pride Picks Reader Picks Sort: Newest