PAC is a new hit at DHS 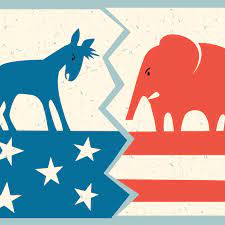 Last year a new club was formed by a former De Soto High School student, and since then has been growing in numbers and popularity.

The year-old club is the Political Activism Club (PAC). PAC allows for all students to get involved and express opinions about certain political topics. Once a week a new topic is picked for debate, and junior Addie Warnes encourages all students to join.

“It is an opportunity to come together and have discussions about various political topics,” Warnes said.

Warnes is the club’s vice president and moderator for all discussions along with president Jacob Dority, senior at DHS.

“It was started because we realized that there was increasing polarization and a lot of demonization of opposing political views,” Dority said. “We thought it would be good to start a club where people can understand the real viewpoints of those who disagree with them.”

As of now, turnout has been very good according to both Warnes and Dority and there is an even split between Republicans, Democrats and independents.

Even with a good, even split, Warnes encourages more students to get involved with the club.

“The split is pretty equal with political views but we are always looking for new members of both sides,” Warnes said.

Not only does PAC allow students to have a different perspective, but it’s important to Dority for other reasons.

“I think this club is important to me because I’ve always been interested in politics. I’ve seen a lot of unchallenged misinformation and misrepresentation on both sides, even as a progressive so I thought space for people to voice opposition was productive,” Dority said.

“It is an opportunity for people to learn and expand on their opinions by talking with people who have opposing views,” Warnes said.

For students interested in participating in PAC, meetings are held every Friday in social studies teacher Mike Murphy’s room after school.